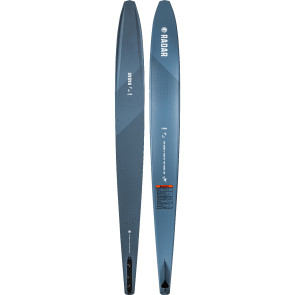 Built from the same mold as our Pro Build, the Lithium features our Vapor shape with a PVC Core. PVC has stood the test of time and is proven as a high-quality core material. An amazing ski at a more affordable price, a win-win in every sense of the term. The Lithium construction is built to be a course ski between 30-36 MPH and is fully capable of ripping anything from 15-41 off, get after it!